When 80% of the adult population gambles, which is the case in Australia (and it’s the highest percentage in the world), the government is most likely going to tax you on it. Even when that’s not the case, most countries consider gambling winnings a form of income, and in turn will tax it as such. It makes sense, especially when you consider the fact that some people consider themselves professional gamblers. Those people in Vegas playing the World Series of Poker are millionaires, and it’s all from gambling.

Gambling Is Not Income, and Is Therefore Not Taxed

However, as much sense as it would make, Australia does not tax on gambling. This is because, legally speaking, placing bets is not considered a profession in Australia. It is pretty great to know that, whether you are gambling online or at a land-based casino, all those winnings are yours, and if you do consider yourself a professional gambler, you will not be considered one in the eyes of the Australian government. Unless you take offense to that for some reason, that is definitely a good thing, because you would essentially not be paying income tax on your professional income.

How Is It Not Income?

The Australian government defines gambling as an entertainment and leisure activity, and thus does not charge tax on it. Because it is a recreational activity, like, for example, playing rugby for fun, it would go against that mentality to tax it. 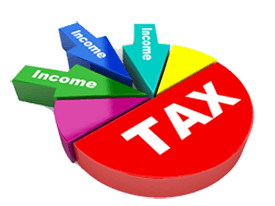 Furthermore, winning is based on luck, as we all know (though some would argue that that isn’t true for some games, especially games like Poker where you are playing against other players). The mindset here is: With good luck comes bad luck. Therefore, if you do end up winning, you could very easily end up losing the next day. If you are taxed on winnings, you would have less than you won, and then if you lost that same amount the next day, you would end up losing more than you won. It can be deduced, by that logic, that this is the government looking out for its citizens’ best interest when it comes to an entertainment outlet. Another reason is that the casino operators are taxed, and they are not taxed lightly. So, rather than tax the players, who have a big disadvantage to the casino in terms of odds, they tax the casino. They do not, however, have the ability to tax a foreign online casino operator, which means that you nor that casino will be taxed. Instead, you will be subjected to other kinds of charges, detailed in the next section.

What Kind of Charges Exist?

I’m sure you are asking yourself, “So, if there are no taxes, does that mean I will not have to pay any fees whatsoever, and every dime I win at the casino will be in my bank account untouched?” The answer to that, at least when you are playing online, is no, not necessarily. Since there are very few online casino operators based in Australia — if any at all — you will have to pay a foreign transaction fee when you make a deposit or a withdrawal. This is going to also be dependent on what kind of banking method you use. For example, MasterCard and Visa will always charge you a foreign transaction fee, while Skrill is famous for either not charging a foreign transaction fee, or having one that is very small and also has a maximum cap. There is also the issue of currency conversion, as some of the best casinos do not offer the option to play in the Australian dollar. While the casinos that we recommend have services and features that are specifically tailored with the Australian player in mind, including the option to play in your native currencies, some casinos do not, in which case you will have to convert the amount on its way to your bank account. Skrill has famously low rates for that as well, as for Paysafe and Neteller.