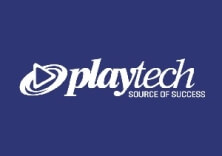 A company very firmly at the centre of conversation in the online gambling merger and acquisition world, software provider Playtech is one, it seems, that is very much in demand.

Australian firm, Aristocrat Leisure was the first to express an interest having lodged a bid in excess of $2 billion, however, since then, two more have been lodged, the latest being from a firm owned by ex-Formula 1 chief Eddie Jordan.

With major Playtech investor Gopher Investments having trumped the original bid from Aristocrat, it is understood that Jordan’s firm, JKO Play is lining up a bid that exceeds $3 billion and is reportedly in talks to secure financing from New York-based leveraged buyout firm, Centerbridge Partners among other debt financing sources.

Following interest from Jordan, it is understood that Aristocrat do not want to let this go without a fight and it is being reported that they are preparing another bid that could see them go head-to-head with JKO, while Gopher are yet to comment on whether they will make an improved offer.

Playtech is one of the last remaining traditional software providers that has not been taken over, after NetEnt was purchased by Evolution Gaming in late 2020 which then rebranded as ‘Evolution’.

As far as prospective buyers are concerned, it is considered prime real estate, especially when thinking about the revenue that it generates on an annual basis and the potential that it can have, when thinking about entry into new markets, such as South America and the US.

Although talks of a takeover have been around for a month already, this could well drag on into 2022 and it will be interesting to see if any other parties enter the race - particularly another software provider to the industry.

For all intents and purposes, the acquisition of Playtech is likely to represent a long term strategy by whichever entity is successful in buying it; almost a license to print money, with company’s value likely to soar far beyond the purchase price.

It would take a monumental bid from Aristocrat if they are to be successful in buying Playtech, however, they could leverage the technological expertise of the company to help their current brands increase in value, in the way of additional asset development.

Should Jordan’s firm be successful though, it would significantly strengthen their position in the wider online gambling industry, enabling them to position themselves as almost, undisputed specialists.

Gopher Investments remains arguably the most interesting prospect, and you would be forgiven for thinking that they would spin off certain assets of Playtech, if not all of it which could see moves from other parties to purchase the company with JKO and Aristocrat having to wait six months before they can make a bid again.

Written for Onlinecasino-Australia.com by Martin Jones - Published on 16-12-2021