Gamesys commits to a bright future in London 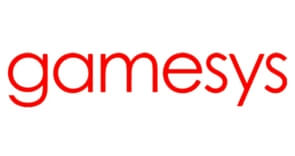 Despite having been acquired by US firm Bally’s Corporation, this has not stopped the omni-channel gaming company, Gamesys from committing its long term future to London, indicating the online gambling market in the UK is still as strong and robust as ever.

This has been fuelled after the company signed an agreement to take on a lease for a brand new head office; property formerly belonging to Sir Philip Green’s Arcadia Group, which will allow them to expand aggressively over the coming months.

Currently occupying a much smaller space in England’s capital, the move into their new 100,000 square foot home, indicates a major signal of intent from Gamesys, who have the cash to burn after being acquired by new powerful owners.

Official move to come next year

As the world still adapts to hybrid working, Gamesys will take residence in the new Clerkenwell office in the middle of 2022 and as a result, could witness a recruitment surge. It is more than double the size of their current home, which is, at the minute, only sparsely occupied with Gamesys offering flexible working to its employees.

There will no doubt be somewhat of an adjustment process; the space is very much open plan - bright and airy, conducive to idea-sharing, client meetings and with a relaxing vibe. Office moves in the online gambling industry are nothing new, though finding prime retail space at a song is one of the most challenging.

London has been home to Gamesys for over 20 years, becoming somewhat of a household name in the online gambling industry, owning brands such as Jackpot Joy; a premier online bingo site. Currently, they boast a headcount of in excess of 1,000 staff.

There is a lot more than meets the eye in relocations such as these, particularly for companies that rely almost solely on technology and operate online. High-speed internet and advanced workstations are priorities, while some online gambling firms also have their own onsite facilities such as restaurants and gyms.

Bally’s putting its money where its mouth is

Following the £2 billion takeover of Gamesys by Bally’s, there was a lot of speculation as to whether it would abandon its UK arm and concentrate solely on the highly lucrative US market, however, it appears that sustainability will be the order of the day and continuing to grow its presence in the UK.

Having what can be considered to be a flagship UK office for Gamesys right in the centre of the capital, sends a statement of intent that they are here to not only stay, but also dominate and even take the company to the next level.

What will be interesting to see is whether some of the new office space will be dedicated to new brands under the Gamesys banner and how many of the new employees are existing staff of Bally’s. Watch this space.

Written for Onlinecasino-Australia.com by Martin Jones - Published on 27-12-2021