Who was Joseph Jagger?

No, not the real name of the lead singer of the Rolling Stones, Joseph Jagger is famously known as one of the “men who broke the bank at Monte Carlo.” A mechanic-turned-legend, Joseph Jagger took to the roulette table and beat it like few have ever done before, or so the legend goes. Written about in the book Monte Carlo Anecdotes and Systems of Play by Hon. Victor Bethell released in 1901, the story is a fascinating one, but the legacy is arguably more significant.

What Did He Do? 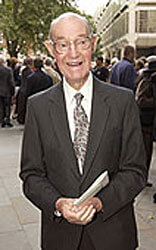 Joseph Jagger, or Jaggers for short, theorized that no Roulette wheel can be absolutely perfect, which would mean that some would favour different sections of the wheel over others, and, moreover, some would significantly favour one over the other. He discovered one that did just that, and focused on placing bets in the favoured section of the wheel, armed with a team of six clerks.

Allegedly, they broke the bank at Monte Carlo, walking away with what would equal £12 million today (£120,000 at the time.) What he allegedly proved was that his theory is correct, that you could watch a Roulette wheel, detect its flaws by seeing where the ball most often lands, and then betting on where it leans.

Though written about extensively in Hon. Victor Bethell’s book, accounts of whether or not Jaggers existed are heavily disputed. In fact, due to lack of additional sources, the Wikipedia article regarding the man himself has been taken down. With that being said, the story itself has interesting thought qualifiers, and a historian who claims to be his decedent plans on compiling evidence of his existence, his beating of the casino, and more, going through documents, first-person accounts, and other sources. We’re looking forward to reading or watching her findings, whatever medium she chooses to go with. That’s one documentary or documentation no casino player is going to want to miss.

The Consequences of His Mystique

What’s really interesting about the story of Jaggers is the inspiration it inspires. We all know that no matter what casino game you’re playing against the casino, they have an advantage at some level, known as the house edge. With Blackjack, card counting and card edging can give the player an edge over the casino, but with Roulette, beating it is impossible when you look at it for its surface value. However, under the assumption that no Roulette wheel is perfect could indeed increase your payouts. It is also theorized that the dealer can have a biased when they get into a rhythm. By keeping careful track of where the ball lands for an extended period of time, it seems feasible to increase your chances of beating that house edge. With that being said, Roulette wheels have come a long way since the late-1800s, and when it comes to an online casino, it truly is perfect. There is absolutely no way to cheat it unless you hack into the system and commit an international crime.

Joseph Jagger isn’t the only man who broke the bank at Monte Carlo. For further inspiration for those who love to take money from the casino, other legends include Charles Deville Wells, who took the casino in 1891. Lord Rosslyn and Sam Lewis bet black and won seventeen times in a row. Charles M. Schwab of Big Steel was said to break the bank, as did Kenneth Mackenzie Clark, who used his winnings to buy a golf course and hotel. Arthur de Courcy Bower went to jail for his breaking of the bank, but not before betting and winning the max at the casino eighteen times in a row.