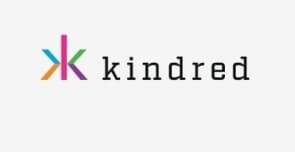 Following the opening up of the Dutch market in October and to great success, with 10 online casinos now available to residents there, it has nevertheless had negative effects on the market.

The application process for online casino brands wanting to operate in the Netherlands is one of the most rigorous in the world and the Kansspelautoriteit (KSA) vet prospective operators in detail.

Of the 10 online casinos that are allowed to operate in the country, four are native and six are foreign, while over 20 are being reviewed to enter the Netherlands for next year.

However, the Kindred Group, which is Swedish owned have blocked Dutch players from using their sites, with brands such as 32Red and Unibet among those that are barring use from natives.

Despite this and in a bid to not lose out on possible customers, Kindred Group has said that it has plans to submit a license request next year with other big players, such as Entain (whose brands include Coral, Ladbrokes and Bwin), also understood to be circling.

Initially, it was understood by Kindred Group that they had the right to accept Dutch players onto their sites, only if it was seen not to be specifically targeting them, though it is believed that putting a complete block on Dutch players could cost them up to £12 million every month in EBITDA.

Since becoming regulated, there has been a positive initial response from the Dutch market, with those online casinos that are available to Dutch customers witnessing a steady flurry of registrations on their sites and progress is understood to be steady.

Will this affect Kindred too much?

The Swedish corporation is one of the flagship European operators, with their brands available in the UK markets, thanks to a well-tuned marketing strategy that sees their 32Red brand sponsor a number of second-tier football clubs in England in a bid to increase awareness.

Over the last year, they have also been targeting new markets, particularly in eastern Europe, where it is believed that there are a lot of opportunities for the company to grow their brands even further.

Should they formally decide to submit a license for the Dutch market though, progress so far indicates that this will be a decision that could substantially pay off in the long term.

Written for Onlinecasino-Australia.com by Martin Jones - Published on 06-11-2021