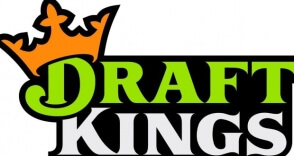 In what would be a world-record deal in the industry, DraftKings; the US fantasy sports betting site has made a $21 billion bid for in-demand UK gambling firm, Entain, which has over 25 brands in its portfolio.

Entain (previously GVC Holdings), was the subject of a takeover attempt by MGM Resorts International earlier this year, though its $11 billion bid was dismissed as being “inadequate”.

Following news of a potential bid, Entain’s stock surged by six per cent immediately afterwards, with the market expecting a strong response. Owners of flagship brands Coral, Ladbrokes and Bwin in addition to many others, Entain boast an impressive portfolio that performs strongly every year.

How significant is this?

For the industry as a whole, this really is a statement of intent from DraftKings, which has a number of subsidiaries already, including SBTech. The Boston-based firm, that helped to change the concept of fantasy sports by introducing betting, launched its first sportsbook in 2018 in New Jersey and has since witnessed unparalleled success company-wide.

A buyout of Entain though would be a huge manoeuvre, one that would almost overnight see it become arguably the largest gambling company in the world and present many different opportunities, particularly in the US market, which will likely become the largest in the industry.

Entain boasts licenses in 20 different countries, which is especially significant for DraftKings who will see this as a chance to push their fantasy sports product in some of the different territories, with Europe and the UK likely to be high on the list.

Where would this leave MGM?

Unless the company who earlier this year saw a bid for Entain rejected, is able to considerably raise funds to compete with DraftKings, then it is highly unlikely that they will be able to make a competing bid.

However, there is also another issue that presents itself in the form of a joint venture that MGM already has with Entain, called MGM Bet that allows the company to operate in the US market.

Agreements between three parties will need to be made should the DraftKings bid succeed, with MGM unlikely to relinquish full control of the brand. It was made clear in a company statement that MGM would cooperate with DraftKings and Entain to make sure that an appropriate solution could be found.

Written for Onlinecasino-Australia.com by Martin Jones - Published on 30-09-2021