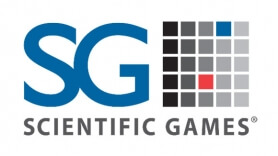 US heavyweight software provider Scientific Games has further strengthened its alignment with First Look Games, which is a boutique game studio, with the two companies signing an extension to the deal that was already in place.

With First Look Games already supplying Scientific Games with 458 games, available on its thriving Demo Games Server (DGS), this has witnessed substantial traction in recent months, with the former’s products seemingly proving to be a big hit with online gambling fans.

First Look Games created its Demo Games Server last year and the unique advantages have given it substantial credibility in the marketplace where it has also gained a great reputation from a regulatory perspective.

This is because it has what can only be described as a highly sophisticated identification verification process whereby the user is then seamlessly able to access a free-to-play game quickly and easily.

An extension of the original agreement with Scientific Games is being seen as a substantial development for the company. It has meant that the developer’s comprehensive range of products has now been added to the game library.

Another clever feature of First Look Games, is that they allow operators to create push notifications, about promotional campaigns of each individual slot itself to their fans, which significantly enhances efficiency. In providing this, it further increases the exposure of the brand and raises awareness about what they do for their fans.

Founder of First Look Games, Tom Galanis was bullish about the extension of the original deal, effectively stating that the sky is now the limit for his ambitious company and that they can fully concentrate on creating more games and adding them to their ever-growing platform.

He also explained the importance of free play games, especially from a user perspective indicating that they are a robust tool in the online gambling industry, because of their ability to help capture the imagination of the player and the potential of the marketplace in an effort to help slowly increase the volume of deposits, in a less aggressive manner.

Meanwhile, Senior Vice President of Gaming at Scientific Games, Dylan Stanley, was particularly vocal about the opportunity that the continuation of the partnership presents itself with.

He indicated that the role that free games play cannot be underestimated, especially in a new market with huge potential, such as the USA, which is still very young in online gambling terms. As such the free games provision that First Look Games will boost the software provider’s portfolio with will only help to strengthen their grip in the market as a whole, while increasing their current slot engagement, providing more effective cross-marketing opportunities, and also strengthening the company’s position as a reputable and credible leader.

How important are free games in the online gambling industry?

The importance of free games in the online gambling industry cannot be underestimated, with these being regarded as an important tool, especially in developing markets and for those who are new to online gambling.

With so many different slot titles and table game titles a well, having a free option for players to use in order to learn about them and bring back more of a fun element can help to change the landscape and over time, the reputation of online gambling.

While this is no doubt seen as a major development for First Look Games, it is also significant for Scientific Games, in helping them to almost reposition themselves in the marketplace, as more of a thought-leader so that they stand out from their competition.

It may also be hoped that the availability of more free games will assist in raising awareness about the issue of responsible gambling and educate about the dangers of gambling addiction.

Written for Onlinecasino-Australia.com by Martin Jones - Published on 03-06-2021