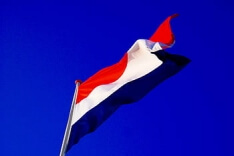 Following the regulation of the Dutch online gambling market recently, this has led to a strong emergence of companies seemingly keen to enter what is being reported to have a lot of potential.

It is being rumoured that in excess of 40 firms will file for a gambling license in the country in the coming weeks, which is great news for Holland-based players while this also gives the market a lot of credibility.

The country is one of the last in Europe to obtain an online gambling license as it looks to follow in the footsteps of the likes of Sweden and Germany, as well as the UK which has grown significantly over the last decade.

The latest news has instilled a considerable amount of confidence in industry officials as demonstrated by chairman of the Gambling Authorities in the country, Rene Jansen.

He referred to the positives of having a regulated market indicating that the internet is a powerful tool and does not stop at country’s borders and with this regulation in place, they will be able to better police it.

It is predicted that following the new legislation being in place, current gambling companies in the country, such as Holland Casino, TOTO, Fair Play Casino, and Novamedia will all make a collective €800 million profit.

In the background, Holland Casino has already started work on the construction of a live casino studio, with this being a huge hit in the industry already as seen in the UK market over the past few years, with blackjack and roulette to be offered to players.

Of the 40 gambling companies that are likely to apply for a license in Holland, there are quite a few Belgian firms that appear to have earmarked this as a possible region, while experts also predict that UK firm Bet365 who have a substantial presence in Europe already are likely to submit an application.

However, such popular firms like Pokerstars, Unibet, and Bwin have operated in the country before, albeit illegally and as a result of this were penalized for doing so. It means, that they will not be able to apply for a license until 2022; which could prove costly. This also gives one of the brands a chance to establish themselves as an authority in a particular niche; especially online poker, which could make it difficult for Pokerstars, for example, to gain a significant market share in the country when the time comes.

The new legislation has meant that Dutch gamblers need to renew their registrations at gambling sites in accordance to the new laws that have been put in place. This means that they will be subject to strict checks such as a thorough identification process, whereby they may also have to provide evidence for their source of funds, in line with responsible gambling and anti-money laundering measures.

How big could the Dutch market become?

There is clearly a demand for online gambling in the country, especially when you factor in the number of companies who are being predicted to apply for a license. Often when a big company makes an application for a license in a new market, it usually creates a domino effect.

This could well be the case here, with Bet365. No doubt a lot of the other brands, especially those which are under the mammoth-sized Entain umbrella, such as Coral and Ladbrokes, who will not want to miss out on what could be a substantial share of the market.

What is clear is that the country clearly feels that there is a strong demand from players with the government identifying a great way to add its coffers in the form of taxation from gambling companies who successfully obtain a license here.

With the UK market also considerably tightening online gambling legislation, even more, it could lead to some companies pulling out and the Dutch market could well be identified as one where they can take advantage and easily replace customers.

Written for Onlinecasino-Australia.com by Martin Jones - Published on 05-04-2021