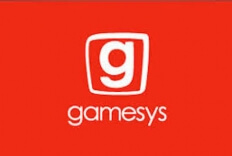 The first quarter of 2021 has witnessed a surge in merger and acquisition activity in the world of online gambling, but especially in the software development niche.

In what is being considered as a major move in the industry, US company Bally Technologies has principally agreed a deal to acquire rival Gamesys in a deal that would value the former at £2 billion.

It is being seen as a deal that would make a significant amount of sense for both parties, which would enable Gamesys to expand its reach into the ever-growing US market as more and more legislation gets approved.

The details of the deal states that Bally’s would purchase each Gamesys share for £18.50 which would see the former gain access to the expertise of their acquisition including both technological and organisational.

Interestingly, it will be Gamesys chief executive Lee Fenton - set to pocket £13.5 million from the deal - who is going to lead the new organisation which provides a major clue to Bally’s strategic plans, indicating that they perhaps need this deal more.

There are also implications that this could spark a bidding war in the US with many parties in the online gambling industry scrambling to position themselves to point where they can gain substantial market share in the one of the world’s biggest economies.

Already we have seen the likes of Caesers acquire William Hill on the operator side which was a major clue as to where the market was heading.

Bally’s chairman Soo Kim has clearly seen value in this deal and emphasised that this would represent a substantial change and big move forward for the company in its goal to become a leading US gaming company that offers both integrated and omni-channel services.

Kim also highlighted the strength of the management team that Gamesys has in place at all levels, that will help to achieve their ambitions in addition to how this would allow them to substantially capitalise on the growth opportunities presented by the US gaming and sports betting markets.

Launched in 2001 by three main shareholders; Noel Hayden, Andrew Dixon and Robin Tombs, plus a handful of software developers, despite almost flying under the radar, they have quietly and impressively gone about their business over the last two decades.

Under their purview they have the major online gambling brand, Jackpot Joy as well as a number of others, though their growth over the last 20 years has made them well respected in the industry.

Not just as an operator, but also a key developer of software, which will provide Bally’s with a substantial advantage over their rivals.

It is clear from the takeover, that Bally’s are keen on the expertise to drive its online assets, as has been made obvious from the recent M&A (merger and acquisition) activity in the US market recently.

What this could mean for Bally

With the US online gambling industry beginning to open up considerably, especially the New York market, this could be great timing for the company whose collective new base will be in Rhode Island.

Already positioned to take advantage, they will have access to a substantial amount of potential revenue and their latest partnership can help to provide the expertise that is needed to help them to compete with their rivals.

Written for Onlinecasino-Australia.com by Martin Jones - Published on 25-03-2021