Avalon is a fantastic video slot from Microgaming. While it might not be as well-known as some of the seriously big names on the market, in terms of pokies it’s still very highly regarded. It takes players on a journey to Camelot where the legend of King Arthur is played out. While it doesn’t have a progressive jackpot in place the maximum win is set at an incredible level.

If you want to give Avalon a shot then we have covered every aspect you need to think about. Keep reading to learn how you can play Avalon and become part of the legend of King Arthur.

Playing the Base Game 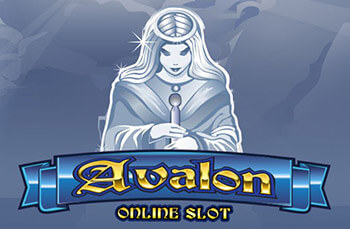 Setting your stake is the first step when playing Avalon. There’s quite an expansive betting range available in this title, which means that everyone from beginners to high rolling players are able to play. The stake can be set at between 0.20 and 200.00. This is certainly one of the bigger bet ranges around so for anyone who wants to set out a bankroll strategy there is plenty of opportunity to do so. .

The game has 20 paylines in place. This is pretty much the market average so you won’t see anything out of the ordinary here. Wins are created whenever at least 2 or 3 matching symbols, depending on the symbols involved, appear on a payline starting from left to right. .

There is just one bonus round in Avalon. This begins whenever at least 3 of the scatter symbols appear on the reels. It instantly pays out an instant win of up to 200 times your stake. On top of this it will award 12 free spins. There is also a multiplier applied during the bonus round which can augment your win by up to 7 times the original value. .

What’s so positive about the bonus spins round is that it can also be retriggered. So if you land at least 3 scatter symbols again then the bonus round will start again. It awards another instant win and gives out an additional 12 free spins on top of what you have left. .

It’s impossible to predict how a video slot will spin. Anyone who says a slot is about to pay out or is on a cold streak is purely guessing. This is because the games are powered by random number generators. So every single spin is completely random and is not based on any previous spins. So, you’re not able to predict what is going to happen based on spins that have already happened. .

There are some tips available though that will improve your chances of creating a win. While they don’t impact on the game itself, they will give you a better chance of playing for long enough to trigger one of the biggest wins. .

Firstly, it’s important to manage your bankroll correctly. Here it’s just a case of setting out your budget in the proper way. Set your stake at a level that gives you as many spins as possible, while also giving you the chance to grab a significant win. Put simply, the more spins you are able to play the better chance you have of getting to the bonus round. This is where the multipliers are so it’s definitely the part of the game you want to be aiming for. .

Secondly, make sure you try out the demo version of the game first. This will give you the chance to spin the reels without having to spend any of your bankroll. You will then be able to have an idea of when the bonus game is likely to begin. As it’s random it’s best to play through a few times in order to work out an average. You can then get a better idea of how many spins you will need to grab the bonus round and can budget accordingly. The demo mode lets you do this without spending any of your budget. .

On the whole Avalon is one of the most interesting pokies on the market. It has some fantastic wins on offer, a really interesting bonus round and great visuals to draw you in. This might not be at the top of popular game lists, but it definitely has the potential to get there. Give it a try and you might just find yourself a new favourite slot.